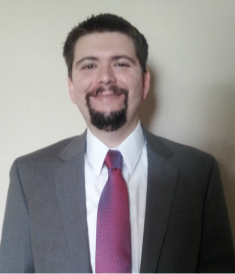 Tommy M. Troncoso founded the law firm with the goal of providing high quality legal representation to people regardless of their wealth, race, color, gender, sexual orientation or religion.  He is a lawyer for the people, and he does not represent large corporations, insurance companies or government entities.

Tommy's path to becoming an attorney was a bit different than most.  He became an attorney despite the fact that he does not have a law degree.  Instead, he learned law the old fashioned way, by "reading the law." This means that he studied law on his own and apprenticed under an experienced mentoring attorney.  Tommy then sat for the California Bar Exam and passed it on his first attempt, making him one of only six people in the preceding ten years to pass the California Bar Exam on the first attempt despite never earning a law degree.  Tommy's remarkable accomplishment was featured in the May 20, 2014 edition of the Los Angeles and San Francisco Daily Journal.  Click HERE to read the article.

Before Tommy became an attorney he worked as a paralegal/law clerk for eight years.  He completed his undergraduate studies at UCLA, where he earned a bachelor of arts degree in history.

Tommy is a member of and proudly supports the Consumer Attorneys Association of Los Angeles.